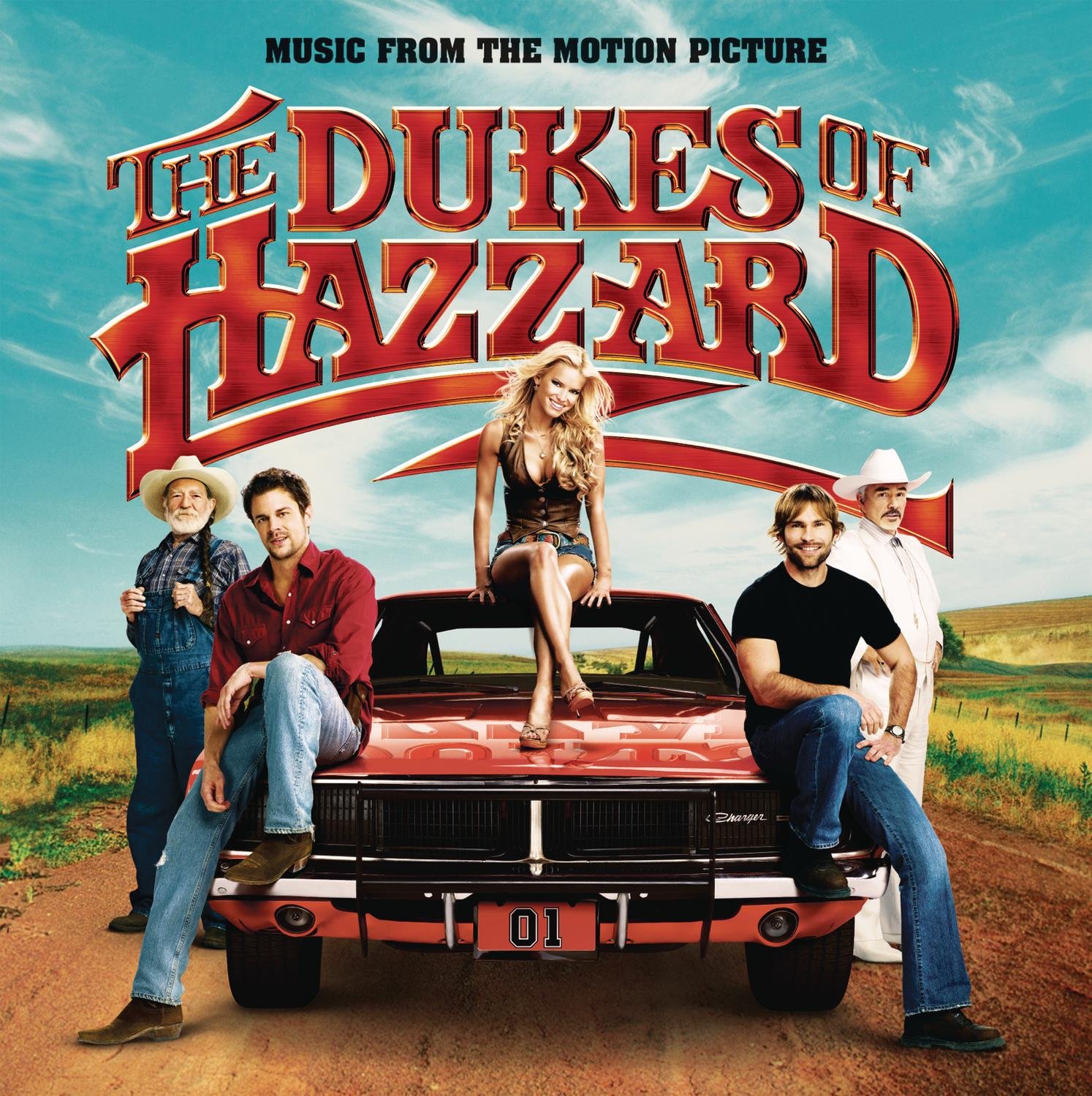 The Dukes of Hazzard soundtrack will probably prove to be much like the film: Mixing Jessica Simpson and Willie Nelson together in a Southern rock milieu will either seem genius or it'll have you cowering under Grandma's homemade country quilt. This musical journey to the land of moonshine and short shorts kicks off with Simpson (channeling Britney Spears), who purrs her way through a countrified version of "These Boots Are Made for Walkin." From there, the disc settles into straightforward Southern rockville by way of Lynyrd Skynrd, Molly Hatchet, and other bands from the 1970s and '80s, the era of the Dukes of Hazzard television show. (Two notable exceptions are "Burn It Off" by the band formerly known as the Jon Spencer Blues Explosion and "Soul City" by Southern Culture on the Skids.)

There's little inventiveness and few surprises in this compilation. Songs like "Black Betty," "Call Me the Breeze," and "Pride and Joy" should be so well known to fans that only the desire to have them in one place--perhaps as a sonic backdrop to your next stock-car race--would make this album worth owning. Possibly the best track in the collection is Willie Nelson's rendition of "Good Ol' Boys." It reminds one of the Waylon Jennings original, and should give serious Dukes fans a hankerin' for the TV soundtrack, which is being re-released to coincide with the film's debut. --Leah Weathersby

Welcome to 1000-Word Philosophy: An Introductory Anthology, an ever-growing set of original 1000-word essays on philosophical questions, figures, and arguments. We publish new essays frequently, so please check back for updates, and follow here and on Facebook and Twitter, and subscribe to receive email notifications of new essays.

A teaching units page of links to select sets of essays has been developed to help create course modules on common topics in philosophy and ethics courses, as well as courses in other fields.

Videogames and Philosophy by Alex Fisher

Longtermism: How Much Should We Care About the Far Future? by Dylan Balfour

“Nasty, Brutish, and Short”: Thomas Hobbes on Life in the State of Nature by Daniel Weltman

Happiness: What is it to be Happy? by Kiki Berk

Are We Animals? Animalism and Personal Identity by Kristin Seemuth Whaley

Distributive Justice: How Should Resources be Allocated? By Dick Timmer and Tim Meijers

Pascal’s Wager: A Pragmatic Argument for Belief in God by Liz Jackson

Epistemology, or Theory of Knowledge by Thomas Metcalf

What Is It To Love Someone? by Felipe Pereira

Hell and Universalism by A.G. Holdier

The African Ethic of Ubuntu by Thaddeus Metz

Attributes of God by Bailie Peterson

* New categories are added as the project expands.